Safeguard provides a range of insurance products to suit the needs of caravanners and motorhomers throughout the UK.

As keen caravanners and motorhomers ourselves, we know the pleasure that a holiday on the open road offers. We’re also aware that people enjoy their caravan or motorhome in different ways - with some creatures of habit returning to the same site whenever the opportunity presents itself, while others love to travel abroad to take in the sights of the continent.

In the excitement of planning your breaks, it’s important to take time out to ensure you have the right insurance with a policy to suit your needs. At Safeguard we understand everything, from the detail of discounts available for security fixtures, to the variety of vacations you might want to take, whether in Europe or here in the UK, and the differing requirements you will have for insurance. It’s our years of experience that will really help you when you are looking to insure your second home.

Update on the purchase of Bennetts - September 2020

The Ardonagh Group (“the Group”) announces that, further to the announcement on 17th February 2020 and 7th August 2020 confirming that Atlanta Investment Holdings C Limited, a subsidiary of Ardonagh, has completed the purchase of Bennetts Motorcycling Services Limited (“the Company” or “Bennetts”), and on Friday 7th August 2020 the CMA (as customary) imposed an Initial Enforcement Order (“IEO”), also known as a ‘hold-separate’ order on Ardonagh Group Limited and Bennetts Motorcycling Services Limited (www.gov.uk/cma-cases/ardonagh-group-bennetts-motorcycling-services-merger-inquiry).

As announced by the UK Competition and Markets Authority (CMA), the CMA has launched an investigation into the proposed acquisition by Ardonagh of Bennetts and effective as of Friday 7th August 2020 the CMA has imposed the IEO. The overriding purpose of the IEO is to ensure that Ardonagh and Bennetts are held separate during the course of the CMA’s merger investigation and that the competitive structure of the markets in which Ardonagh and Bennetts operate is maintained. As such, Ardonagh and Bennetts are prevented from sharing information except where strictly necessary in the ordinary course of business, integrating or conducting any joint negotiations (or negotiations on behalf of the other party) or discussions with potential or existing customers and suppliers, among other things, until the CMA has completed its review of the transaction and the IEO ceases to apply. We will inform you once the CMA has completed its review, but until then, please continue to liaise with your usual contacts at Ardonagh or Bennetts, respectively, but being mindful that the two business are operating separately under the terms of the IEO. Further announcements on the progress of the IEO will be made in due course. 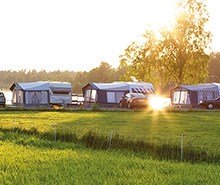 Let us help you to protect your caravan

Join the 10,000 caravan owners already insured with us. 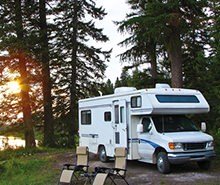 Over 30 years’ experience means we understand what’s important to our customers so our policy includes EU cover as standard. 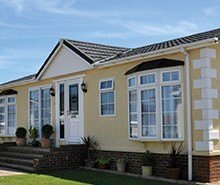 Let us give you a quote for your park home

Speak to us about what you need to cover your park home and we’ll give you a quote.

Our friendly team will be happy to help you